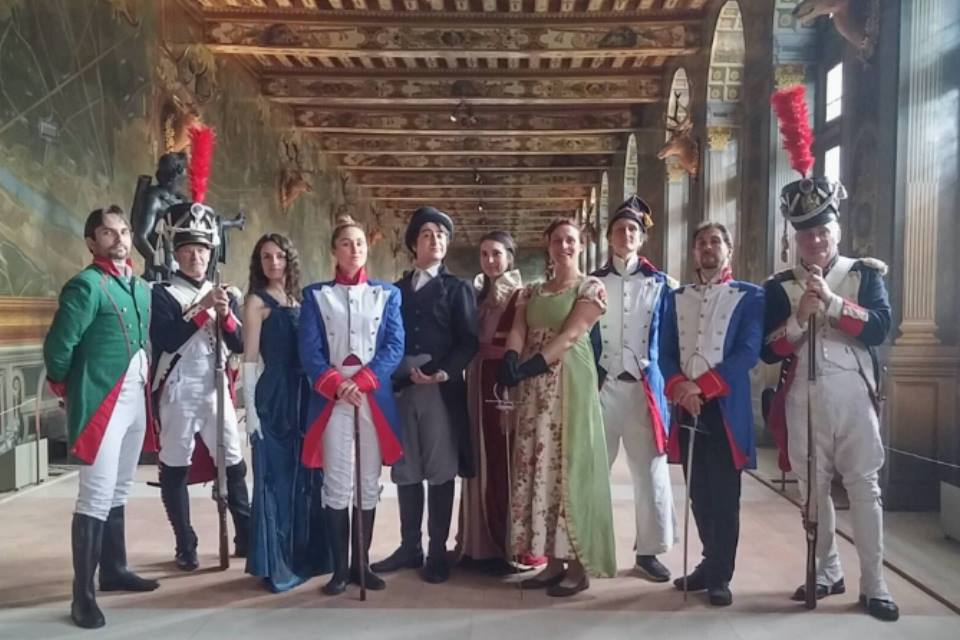 A stage fencing theatre company with which I performed short plays and duals in beautiful castles and other venues in France. Scroll down for more details. All shows directed by Jean-Noël Hautefaye, Maître d’armes.

Photo on the left during a historical reenactment of the Empire period at Château de Fontainebleau, with duals and stage fencing demonstration. 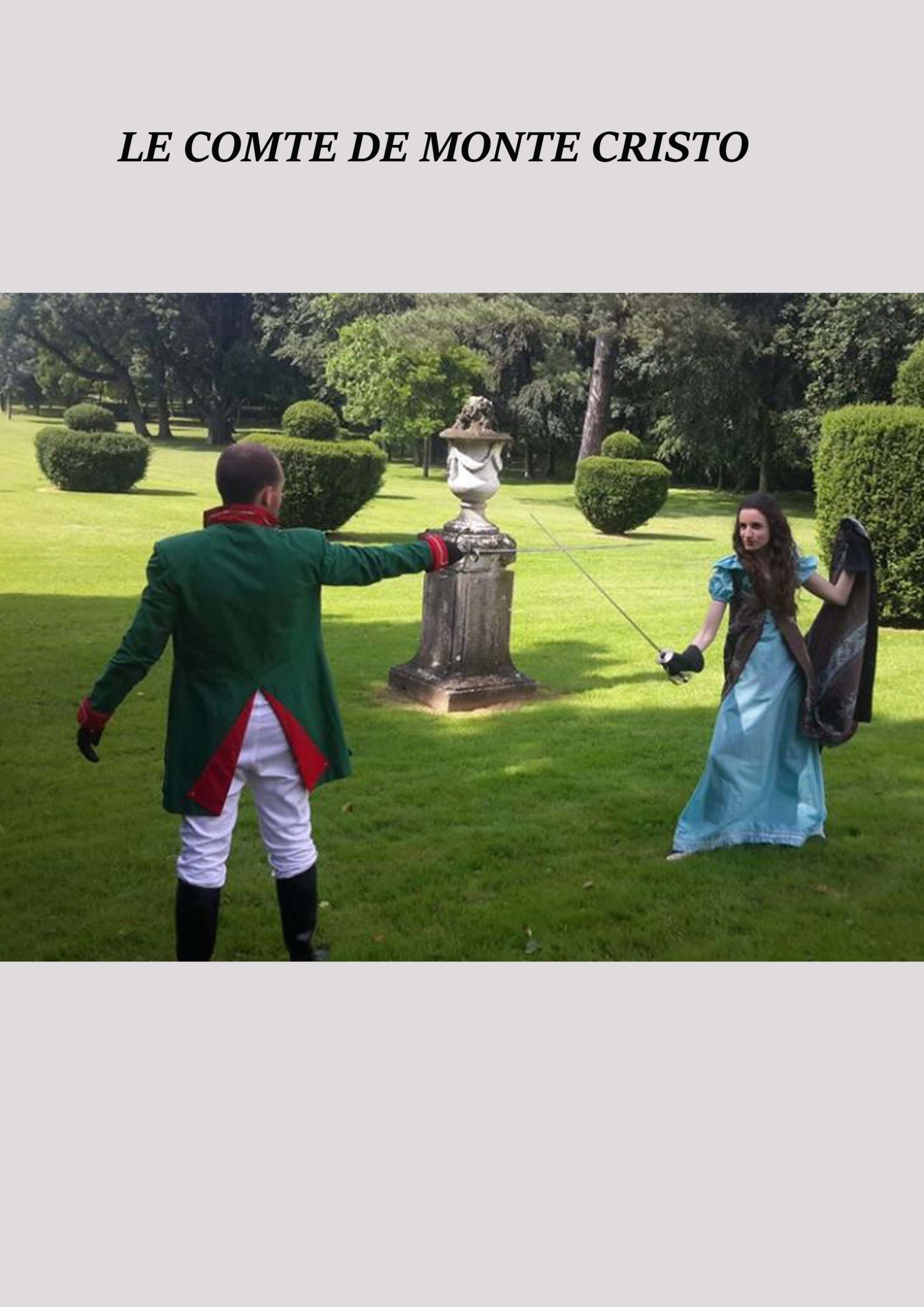 The Count of Monte Cristo

I played Mercédès, Edmond’s love who ends up marrying Fernand, in this short play version of Alexandre Dumas’ novel. A young man, Edmond Dantes, is falsely imprisoned by his jealous “friend”, Fernand Mondego, so he can steal his bride-to-be (Mercédès). Years later, he manages to escape and uses a hidden treasure to exact his revenge. 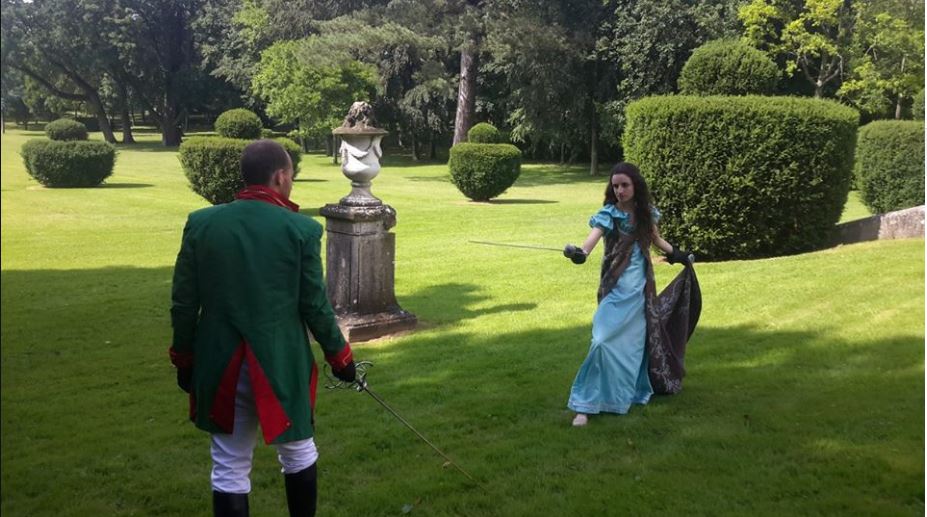 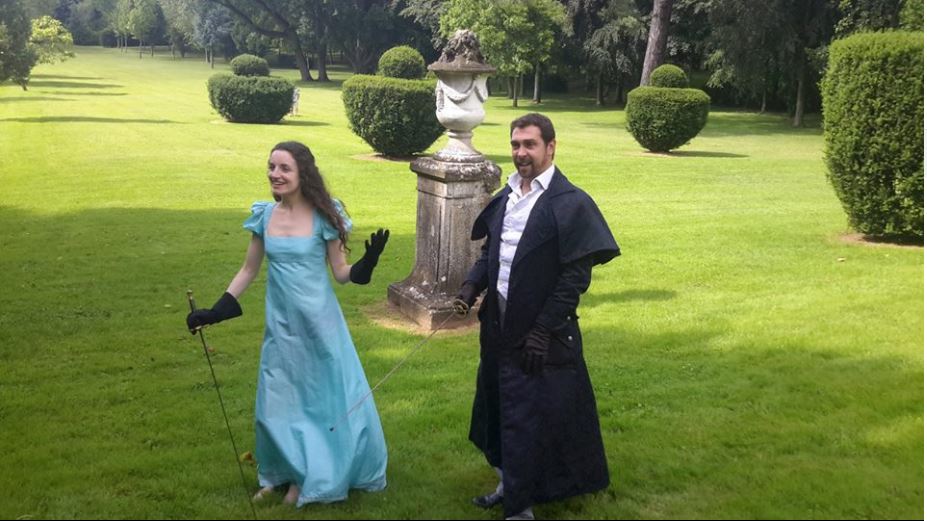 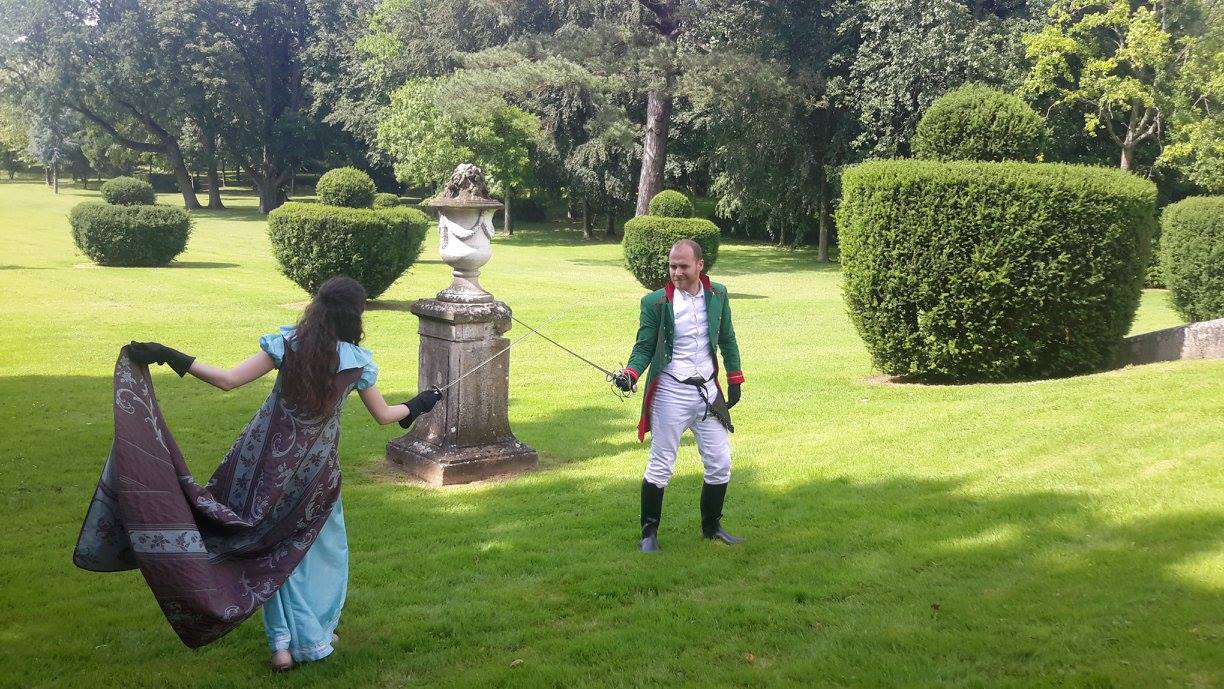 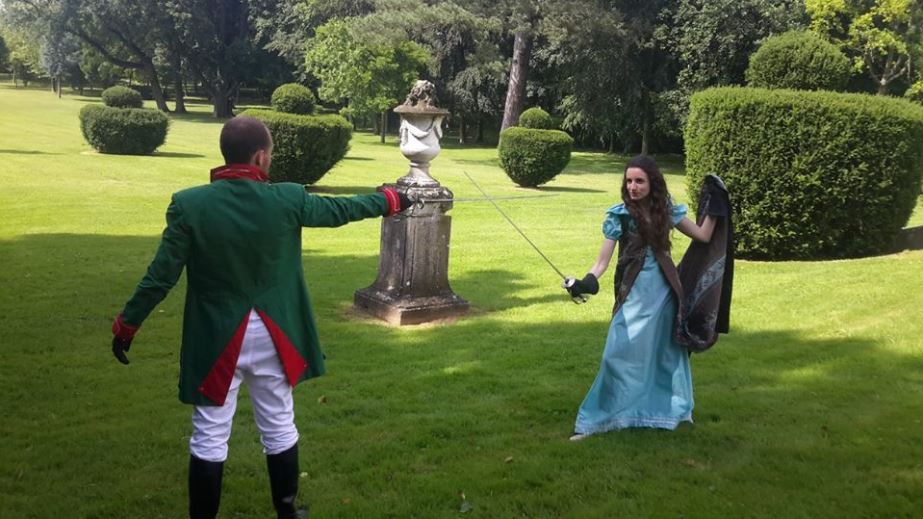 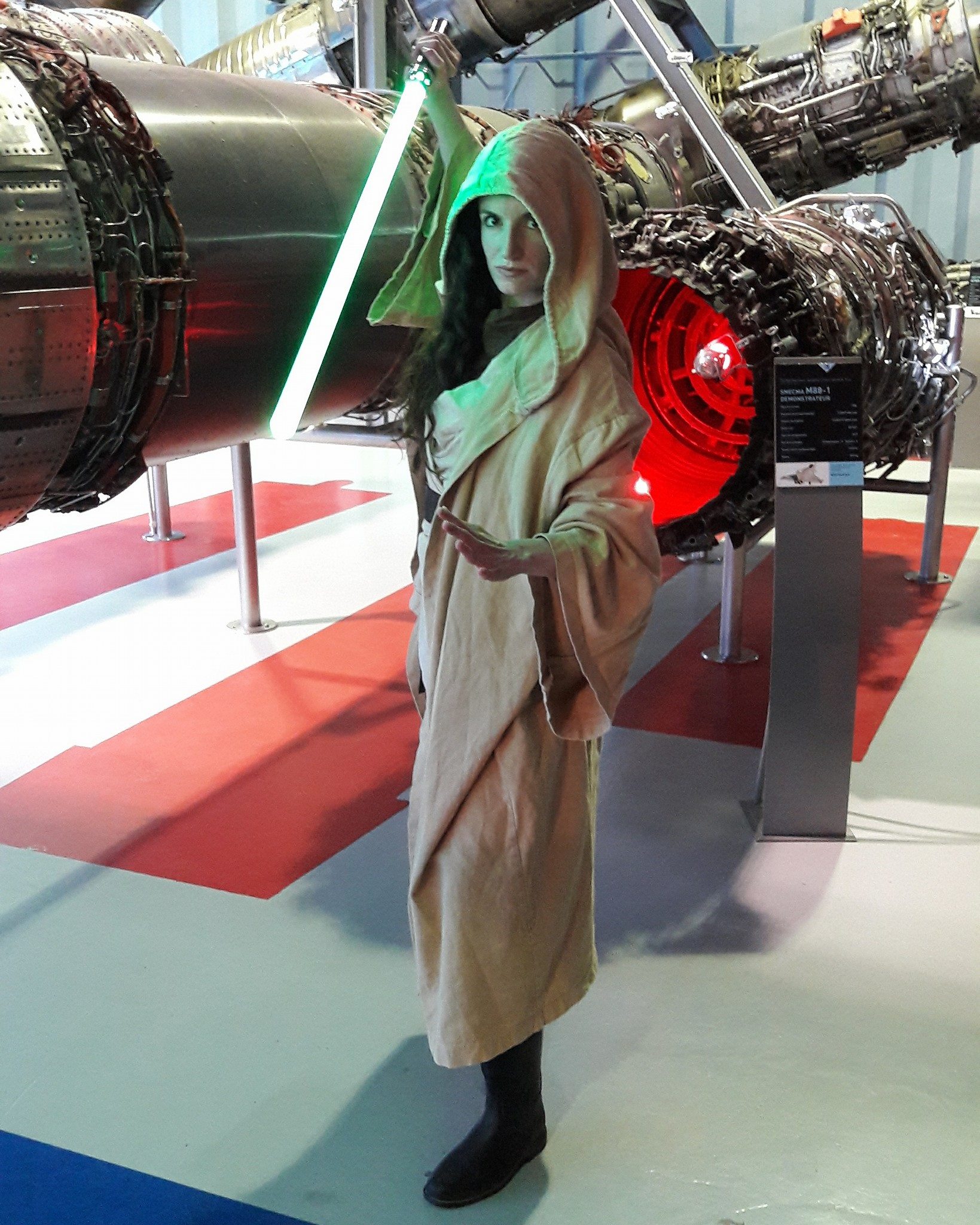 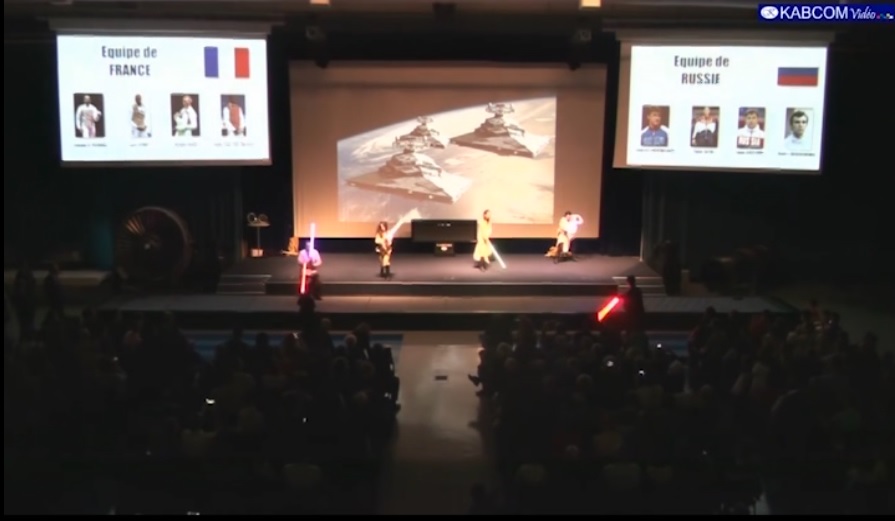 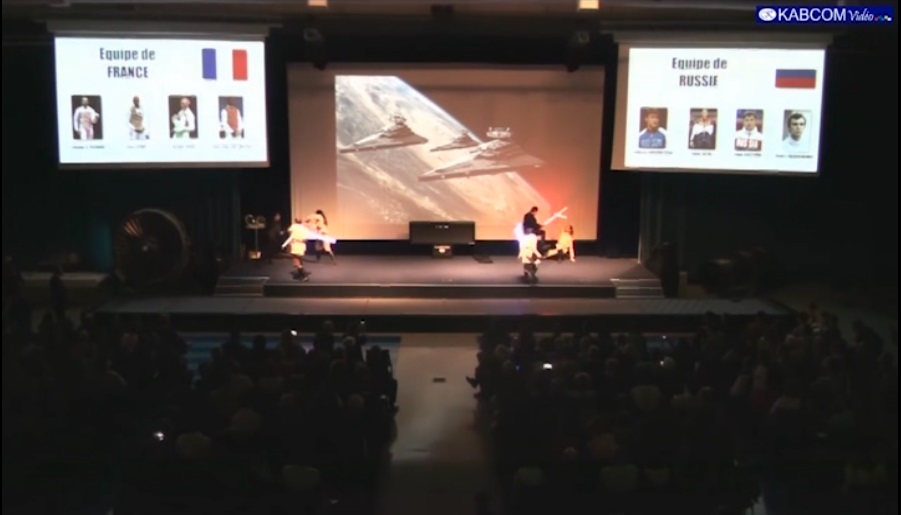 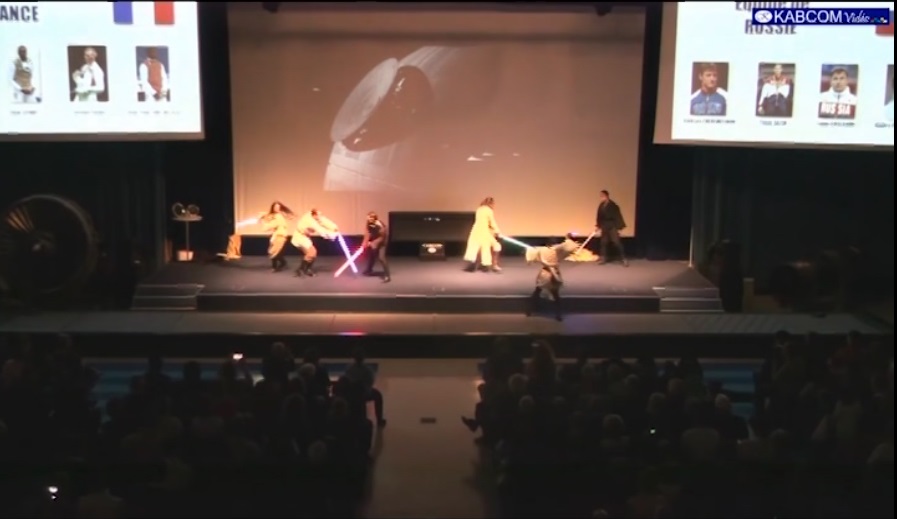 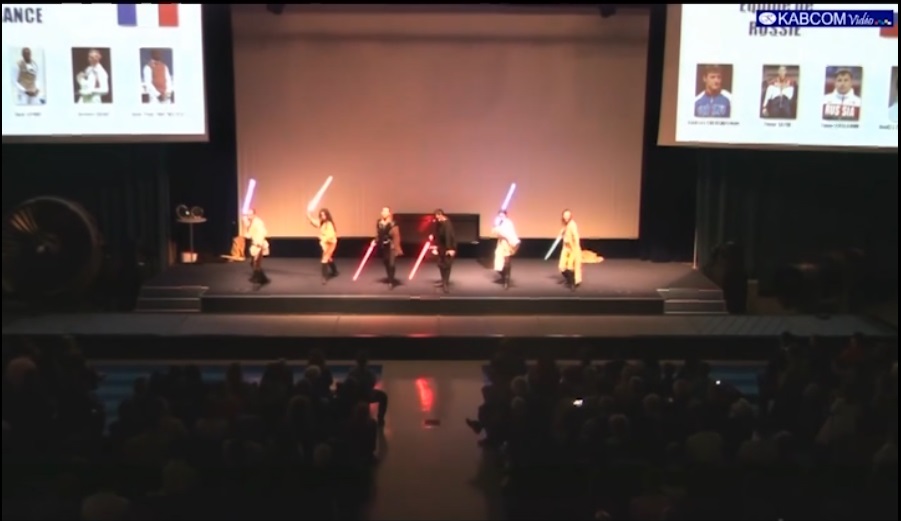 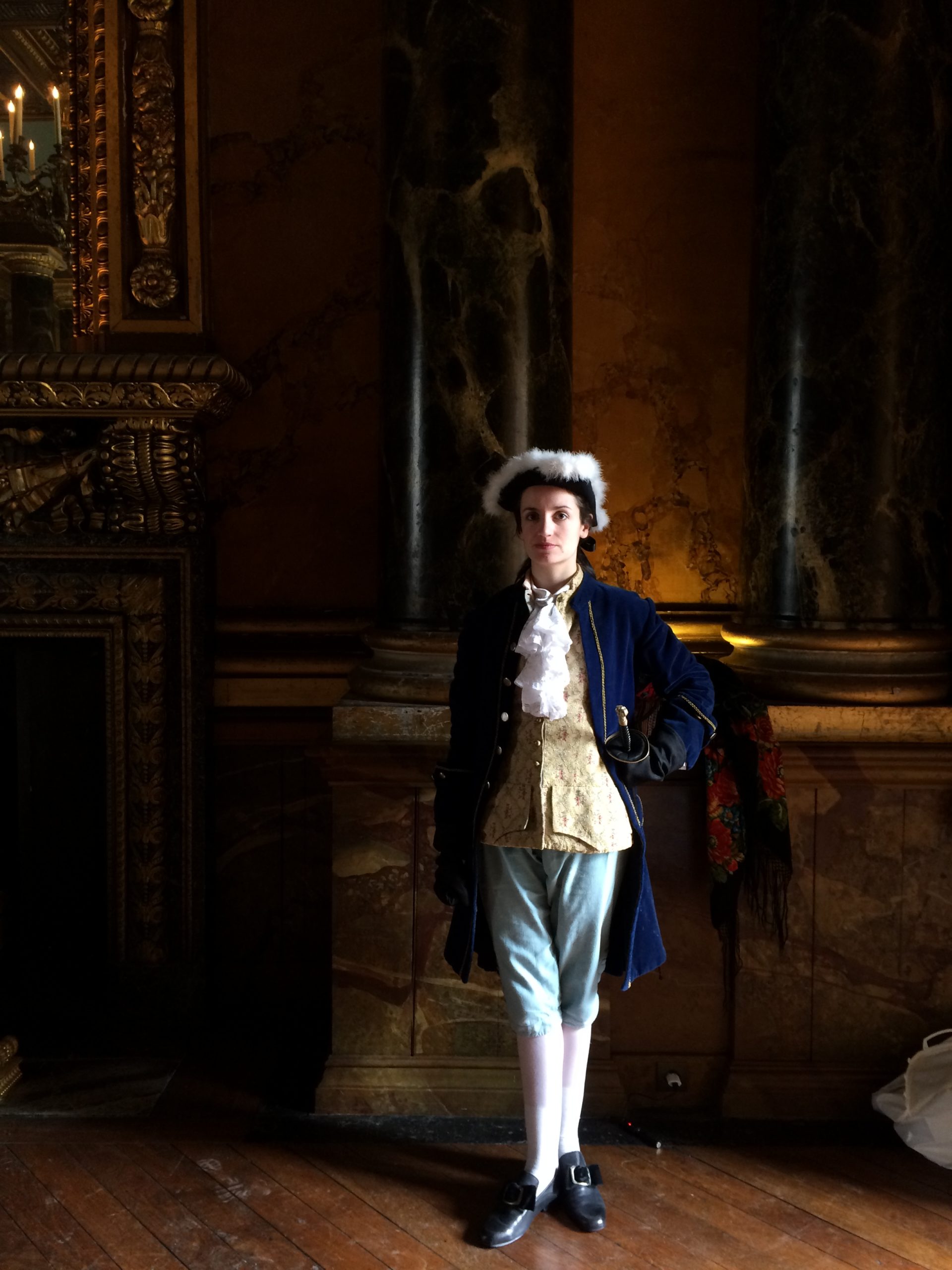 Gentleman during the reign of Louis XV

Sketches and duals during a Louis XV historical reenactment week-end at Château de Fontainebleau (April 2016). I am dressed as a gentleman as under Louis XV, women were not allowed to practice fencing! 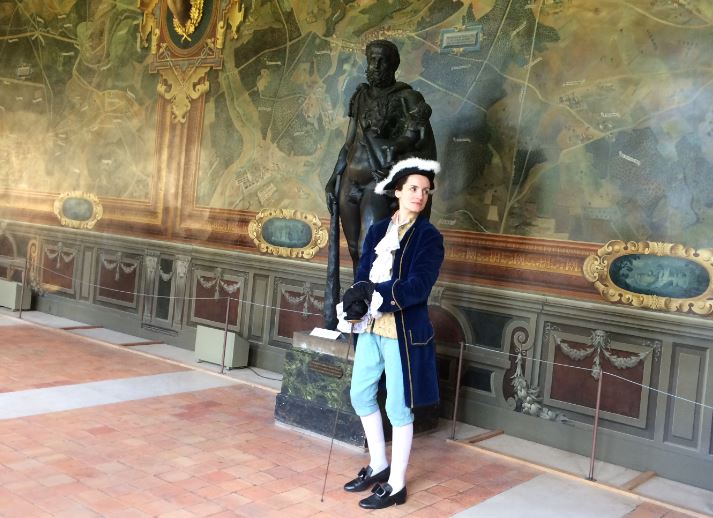 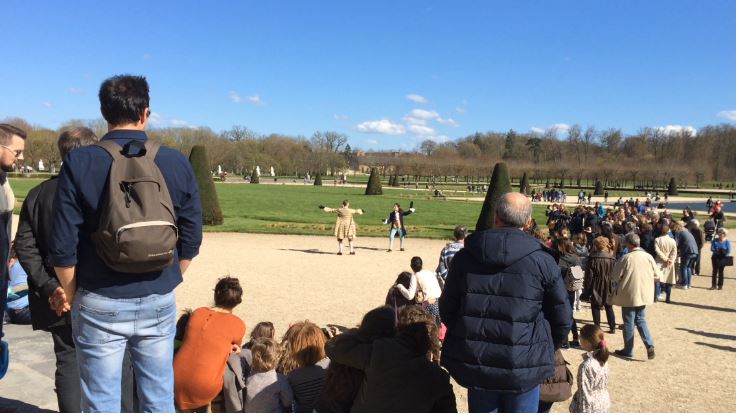 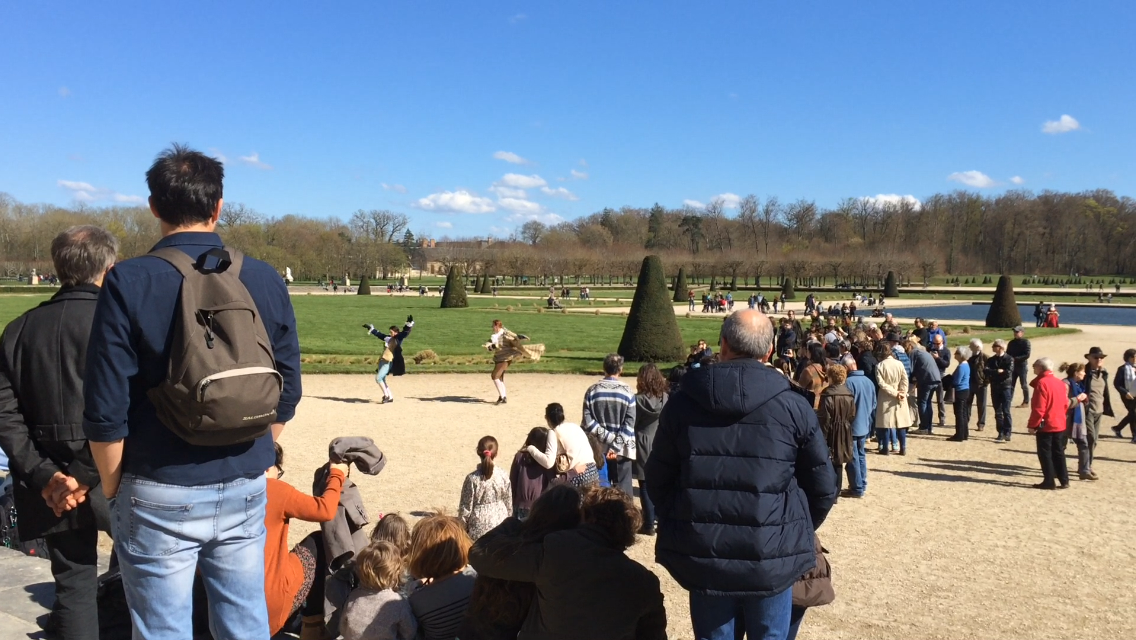 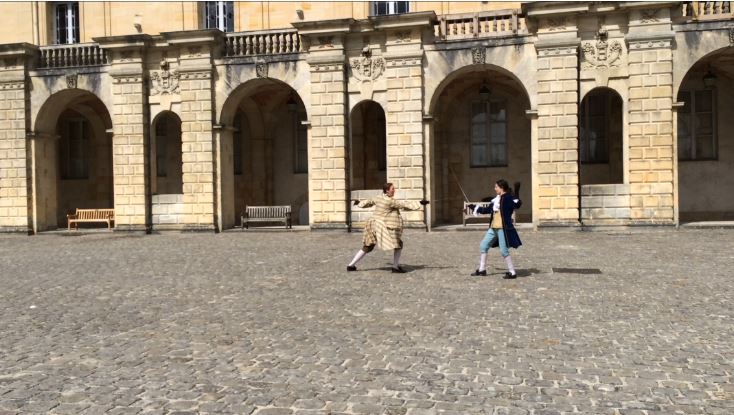